Hey, everybody! I’m sooo sorry. This is long overdue. My life has been so busy. My baby sister was in the hospital with RSV, but she’s better now. I had my senior piano recital and did my ACT test, so I have had a lot of things to do lately.  But without further ado, Shayne will take it from here.

I woke up starving. My sisters and Daniella lay asleep. Caroline sat awake.

“Oh, hi, Shayne. I couldn’t sleep. I was just thinking about what I used to do with my husband before he died,” she said, blinking at tears in her light blue eyes.

“Yes, it’s been four years, but I still miss him so much every day. Well, I’m going to try to get a little more sleep now.”

I left the shelter to stretch my legs. I only intended to stay out there a little bit. I didn’t want to be out alone. At that moment, Rupert came out of the guys’ shelter.

“Yeah. You wanna to try to find something to eat?”

“I’ll go with you!” Ginny poked her head out of the shelter doorway. 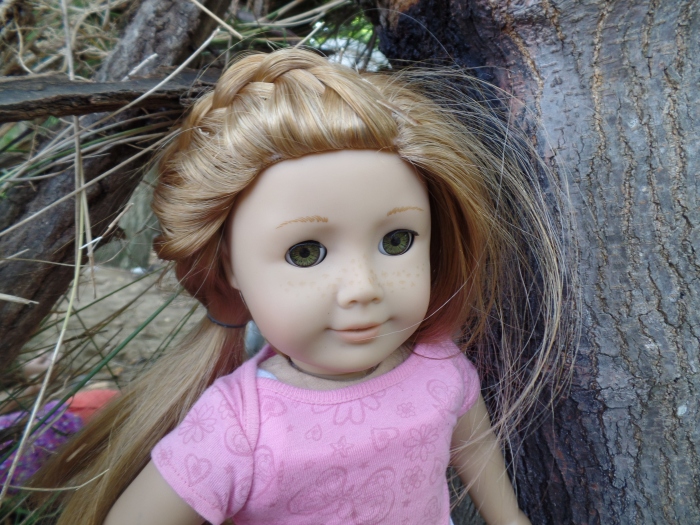 The three of us tromped through the forest, searching for plants we could eat.

“Here. We can eat these ferns,” Rupert said.

“Wow, really? You’re so smart. I wouldn’t have known that,” Ginny said.

“Did you ever think of being a Girl Scout, Ginny?” Rupert said.

I rolled my eyes. Ginny never complimented boys unless she liked them. We munched on the ferns as we continued looking for more food. The ferns tasted just okay. I wouldn’t have eaten them if I had other options but at this point food was food. As we neared the ocean on the right side of the island (according to where we landed), we came to a swampy area. I would have turned back, if I hadn’t noticed what I did. Rupert saw it, too. He stared.

“Maybe we should go make sure,” Rupert said.

I nodded, reluctant, not wanting to get muddy or to see this, because from here, it didn’t look pretty. Rupert rolled up his pants and we stepped into the mud. I sank in to about my mid-calves. I took a few more steps, and then the mud came up to my waist.

We trudged through the mud, finally making it to the other side, to solid ground, where 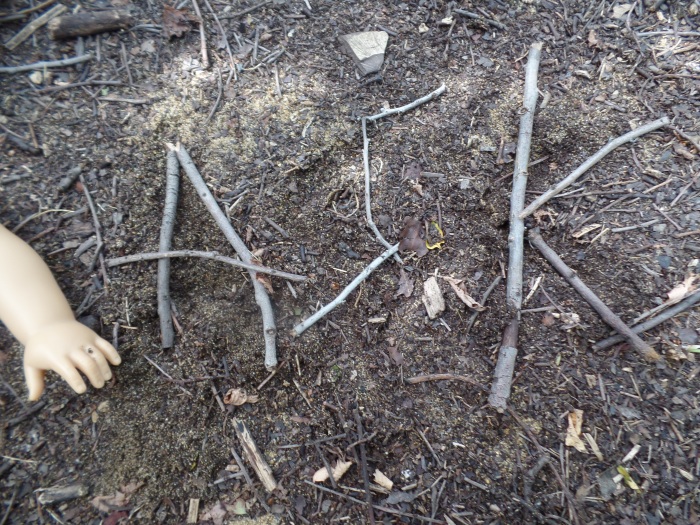 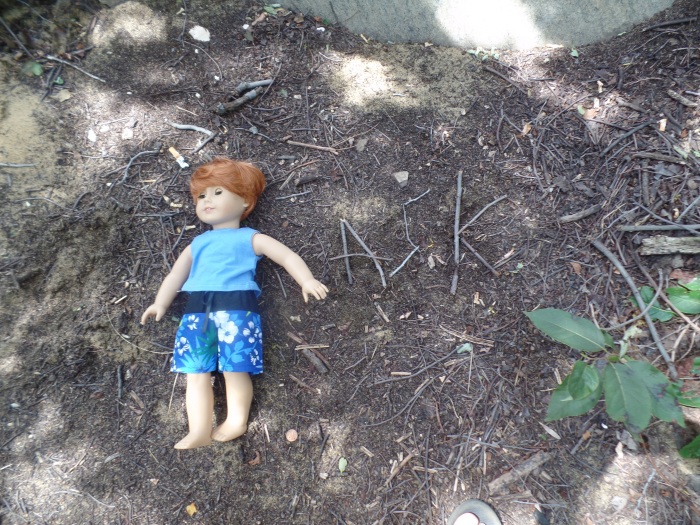 Just like Aunt Lorelei, blood covered his body. Ginny screamed and started crying. She hugged me. I put an arm around her. We just stood there for a little while, staring at Liam. I looked at Rupert and Ginny, sick to my stomach.

“So, Liam’s not the murderer,” Rupert said.

Then I noticed the ground. “Guys, look!” I said, pointing.

“What?” Ginny said, looking up and pulling away from me.

The mud sloshed behind us. We turned. A crocodile’s head poked out of the mud just inches from us. I screamed, turned around, grabbed Ginny’s hand and ran. I didn’t even stop to see if Rupert came with us. His scream stopped me. Ginny and I looked back. I was horrified that maybe the crocodile had him. It didn’t yet, but it chased him. We ran the few yards back to him, Ginny grabbed his hand and we ran the fastest I ever had in my life. I looked back. The crocodile lagged behind several yards, but I didn’t stop. I wanted to be out of sight of the thing. When I looked back and didn’t see the crocodile, I kept running a little longer, not wanting it to catch up. Once I was pretty sure we outran the thing, I let go of Ginny’s hand and collapsed onto my back. They joined me on the ground, gasping. After a few minutes, Rupert said, “Well, I can’t say I’m not afraid of anything any more.”

Despite that terrifying experience, I smiled.

After we caught our breath, we got up and continued on, much slower.

“When we explored, we didn’t come over here,” Rupert said. “We should warn the others to stay away from the swamp. That croc must have thought we might take its home.”

“Right, because a swamp is definitely my dream home,” I said.

I saw a person with dark hair with her back to us a few yards in front of us and put my hand out in front of Rupert to stop him. She was too tall to be Natalie. Daniella!

“Let’s see if we can sneak by without her seeing,” I whispered.

Rupert and Ginny nodded, but Daniella turned around.

“Well, you three look muddy.” She walked toward us.

“What are you doing out alone? You just left Natalie and Caroline without a third person!” I said.

“I can’t stand Caroline anymore. I just needed some fresh air by myself. And besides, Liam was in the other shelter.”

She seemed to have no idea about Liam’s death, but she could have been faking that..

“Well, I’ll look for him. You three head back to the shelters so there’ll be more than two people there. Head through the woods that way and you’ll be there soon,” she said, pointing in the direction she meant.

We walked in that direction and as soon as we got out of earshot, I said, “Is it just me, or did she seem kind of suspicious?”

“She seemed to not know Liam was dead,” Ginny said.

“But why would she go off by herself and just leave the others?” Rupert said.

“And another thing, she said she couldn’t stand Caroline anymore. That sounds like something a hateful murderer would say.”

“But we’re all kind of fed up with Caroline. I’m not sure that qualifies her of murder,” I said.

“Who could have killed him?” Rupert said.

“Well, everyone was in our shelter when I woke up. The only person missing was Liam himself.”

“Could he have killed your aunt, then felt so guilty that he killed himself?” Rupert said.

“I don’t think he would have stabbed himself that many times. And there would have been a weapon near the body if he killed himself. I think someone must have killed him in the night.”

We made it back to the shelters. Natalie and Caroline sat inside the girl shelter.

“Hey, guys. Where did you go?” Natalie said.

“We’ve got bad news. Two things. You want the bad, or the really bad first?” I said.

“Okay, there are crocodiles on this island, but they’re not near us. If you leave our shelter and go out to the left, then make another left and head that way for a while, you’ll get to a swamp. The crocodiles live there.”

“Oh, I think I know where you mean,” Caroline said.

Rustling of bushes and cracking of twigs came from outside.

Daniella entered the shelter. “Guys, this is going to be kind of hard to hear, but you need to know. I just found Liam. And he’s dead,” she said.

“Oh, we-” Caroline said, but then said, “What? How dreadful!” And with that, Caroline burst into what I thought looked like convincing tears, as good as her real reaction.

“What happened to him?” Rupert asked.

“I found him all stabbed to death.”

“Well, we all need to be careful. We really don’t know who did it,” Daniella said.

I felt uneasy the rest of the day. Daniella took charge of us all, not letting anyone go anywhere without her to “protect” us. When Rupert, Ginny and I went to go wash off the mud, she almost came with us except that it would have broken the three person rule. came with us. Other than that, she wouldn’t let us out of her sight. She said she wanted to protect us, but I think couldn’t help but wonder if she had different motives.

I dreaded when night would come. I didn’t want to sleep near the murderer. And the murders always happened at night. It took me forever to fall asleep and every little noise made me jerk awake and look around the shelter to make sure everyone was still there.

In the morning when I woke up, only my sisters lay in the shelter with me. That made me wonder if someone else was dead. But I hesitated to leave. I didn’t want to go find another dead body. And if I always found them, would people think I was the murderer?

A scream interrupted my thoughts. It sounded like Caroline. I didn’t get up. Caroline screamed about everything. She could have just stubbed her toe. Her screaming usually didn’t mean anything serious. I lay back down and tried to go back to sleep.